Are You Too Big to be Used by God? 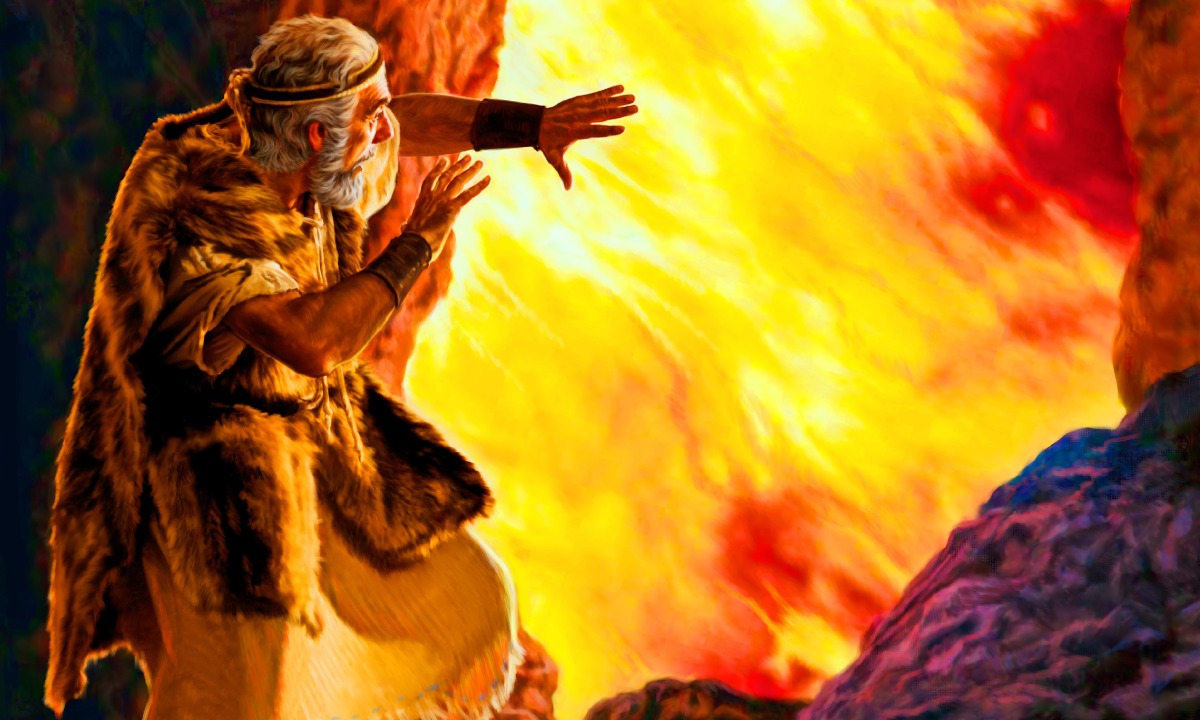 Often this passage is used to teach that God speaks in still, small voices. And though that may be true at times, if we look deeper into this passage, we will see that God was trying to show Elijah, and us, something very different.

It might be helpful for me to explain this passage a little. After making a big scene where he called down fire from heaven and then had over 400 evil prophets killed, Elijah gets terrified when the king’s wife threatens him. God instructed him to run to this place where he decides to hide in a cave, and then the conversation begins.
Now, the first question is this: did Elijah need to learn how to hear God’s voice? I would say he seemed to be pretty good at it. Secondly, notice that it says “Suddenly a voice came to him”, not “the still small voice said”. It would seem that the Bible here is making a distinction between the still small voice and the voice of the Lord speaking to Elijah.
Thirdly, we must look at the conversations God has with Elijah before and after this event. When God asks Elijah what he is doing, what does he say? “I am all alone. There are no more prophets but me. There’s no body who cares about God like I do. There’s no one who serves God like I do. I am the only prophet.” But was that true? Let’s look at a few verses in the previous chapter:
I Kings‬ ‭18‬:‭7-13‬ NKJV
Now as Obadiah was on his way, suddenly Elijah met him; and he recognized him, and fell on his face, and said, “Is that you, my lord Elijah?” 8 And he answered him, “It is I. Go, tell your master, ‘Elijah is here.’” 9 So he said, “How have I sinned, that you are delivering your servant into the hand of Ahab, to kill me? 10 As the Lord your God lives, there is no nation or kingdom where my master has not sent someone to hunt for you; and when they said, ‘He is not here,’ he took an oath from the kingdom or nation that they could not find you. 11 And now you say, ‘Go, tell your master, “Elijah is here”’! 12 And it shall come to pass, as soon as I am gone from you, that the Spirit of the Lord will carry you to a place I do not know; so when I go and tell Ahab, and he cannot find you, he will kill me. But I your servant have feared the Lord from my youth. 13 Was it not reported to my lord what I did when Jezebel killed the prophets of the Lord, how I hid one hundred men of the Lord’s prophets, fifty to a cave, and fed them with bread and water?
Here Elijah runs into King Ahab’s right hand man who happens to fear the Lord. Obadiah tells Elijah that there are at least 100 other prophets still alive! So if Elijah wasn’t alone, why would he tell God he was? Have you ever felt alone even though there were people around you?
Elijah felt alone because he disqualified everyone who didn’t do things like he did. He was a fire, wind, earthquake kind of prophet. He didn’t value the voices of the prophets hiding out in the cave. They should have been bold like he was. They should have been on the front lines with him. But they weren’t. They left him to do all the dirty work. So here he is, alone.
But God tries to show Elijah that he is not alone. In verse 18, He tells Elijah that he has seven thousand people on His side. Elijah was far from alone. He just had to learn to value voices that were not as loud as his own. He had to value people who were not like him and didn’t do things the fire-wind-earthquake way.
There are several lessons we can learn from this story once we see it from the right perspective, but the one that jumps out right away is the lesson God was trying to teach Elijah, and, of course, us as well:
Just because someone isn’t like you or doesn’t do things like you, doesn’t mean God is not using them.
Though it’s okay to not enjoy someone’s personality, style, or methods, it’s NOT okay to assess someone’s value based on how much you like them. Elijah didn’t believe the 100 prophets qualified as prophets because they weren’t out here with him.
It's NOT okay to assess someone's value based on how much you like them. Click To Tweet
Here is the scary part. Because Elijah didn’t get what God was trying to teach him, God had to remove him. He was replaced by Elisha shortly after this conversation with God. It is possible to be too big for God to use you!
It is possible to be too big for God to use you! Click To Tweet
Chime in below: Are there people in your life who you have devalued or judged for not being like you or doing things the way you do? Have you ever been devalued like that? Have you ever felt alone like Elijah did? What do you think caused it and how did you get out of your ‘cave’?